Posted on October 7, 2010 by roshanjpaul

My profile of Philip Low, who is figuring out how you can download your brainwaves, for the San Diego Social Entrepreneurship Forum. 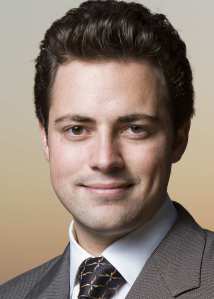 Philip Low believes that sleep is the gateway to the brain, just like blood is the gateway to the body. Exploiting that gateway has become urgently important, given that it is estimated 2 billion people suffer from a neurological disorder of some sort. Just in the United States, over 4 million Americans suffer from Alzheimer’s disease, requiring care that costs upwards of $100 billion a year.

Testing for Alzheimer’s in current practice is based on self and physician evaluations. “Wouldn’t it be more effective,” Philip asks, “to get the data directly from the brain? We do this for all other aspects of the body, so why not the brain?” Philip’s company NeuroVigil produces a tiny device that wirelessly transmits neurological signals from a single channel during sleep – in itself an advance on the tangle of wires that researchers have been using to detect sleep patterns. With scientists at the Massachusetts Institute of Technology, NeuroVigil is building a database to which people can upload their brainwaves – a crowd-sourced research laboratory, if you will.

The healthcare ramifications of this are profound. Disorders such as Alzheimer’s can be diagnosed far more efficiently. Potentially dangerous drug interactions can be anticipated and prevented. More important, the combined data of thousands or millions of people can be combed for intelligence that helps scientists discover cures more rapidly and at lower expense.

If it sounds like an uncharted future, well, that’s how Philip likes it. “I believe that to do something well, we shouldn’t know too clearly why we do it. If we do, it’s hard to get the required level of passion to push yourself to succeed.” While working on his Ph.D (studying brain activity in birds), he discovered that the science used to analyze neurological patterns was flawed – and that there was an opportunity to apply mathematics to a problem previously addressed by physical observation. But many had walked that path before, crashed and burned. Philip’s academic advisor opposed his research, fearing he would meet the same fate. Undeterred, he shut himself away in the Salk Institute until he figured out how to do it, in the process solving one of the most vexing problems in the field.

That moment represented an entrepreneurial turning point. Philip wasn’t simply challenging scientific orthodoxy for its own sake. “I believed I knew more about the problem and understood the risks and opportunities better than others, and that the chance of success was worth the risk.”

Even before he was finished with his thesis, the offers began pouring in. Harvard was calling. Caltech was calling. Oxford and Max-Planck were calling too. Yet rather than join a prestigious university, Philip decided to start NeuroVigil, the world’s first wireless neurodiagnostics company, financing it mostly with his credit cards as well as business competition award money and small loans from his family and friends, including his erstwhile advisor. “I wanted to walk a path nobody had ever walked before, even if it was a greater risk. My sense at the time was that if I didn’t try this, I would never know what it could have become. And choosing to lead my life without knowing what it could have been was not a choice I wanted to make.”  Besides, clinical research needn’t be confined to the laboratory. In a company, Philip could touch the world and be touched by it in a more direct and impactful way.

Was it the right decision? Well, NeuroVigil is a very rare entity – a self-started biotech company that went cash flow positive without selling any equity. But success, as Jonas Salk himself said, is the opportunity to do more. Having enabled pharmaceutical companies to make safer drugs, Philip now has his sights on the larger markets – hospitals and, ultimately, individuals. So a few years from now when you are uploading your brainwaves and sending them off for neurological analysis to NeuroVigil, remember that it’s possible because a young graduate student by the name of Philip Low dared to ignore his advisor’s wishes, refused to stay on the middle road and ventured on a path nobody had before.

Many thanks to Keith Hammonds for editorial input

This entry was posted in Entrepreneur Profiles. Bookmark the permalink.